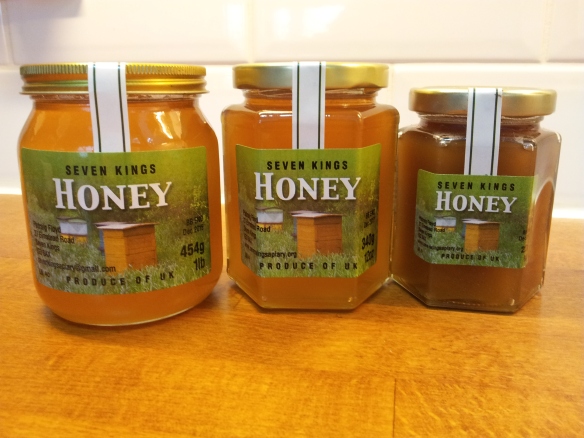 Seven Kings Apiary’s honey will be featuring in the beekeeping section of Edible Utopia on Saturday.

Both are delicious and they are to be used in a taste test of London honeys, apparently.